Camden was the home of the renowned Summer Harp Colony of America, which was located in a large shingled cottage at the foot of Marine Avenue. Founded in 1929 by maestro Carlos Salzedo (1885-1961), the Colony attracted harpists from all over the world, which added to Camden’s reputation as a summer resort. 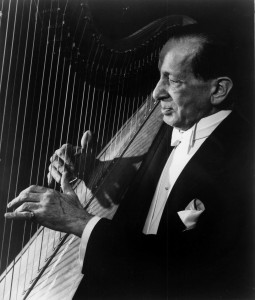 Salzedo began studying piano at the age of 5 and the harp at age 11. He graduated from the Paris Conservatoire at 16, winning the premier prize in each instrument – an unprecedented occurrence in the history of the school. In his early years, he once turned pages for a pianist during a recording session. A leading critic of the day lamented that “it were better had Salzedo played the piano and the positions been reversed.” That pianist was none other than Maurice Ravel. At the time of Salzedo’s death in 196,. he was respected as the world’s finest harpist.

A famously exacting teacher, Salzedo graduated a number of students who went on to become renowned in their own right, including Alice Chalifoux (1908-2008), who was invited by Salzedo to attend the Curtis Institute of Music in Philadelphia where he was an instructor at the time.  In 1931, 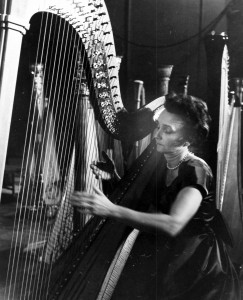 she became the principal harpist for the Cleveland Orchestra, a post she held with distinction for 43 years.   A petite woman of uncommon energy and ability, Chalifoux was Salzedo’s natural successor and she continued the school until 2001.