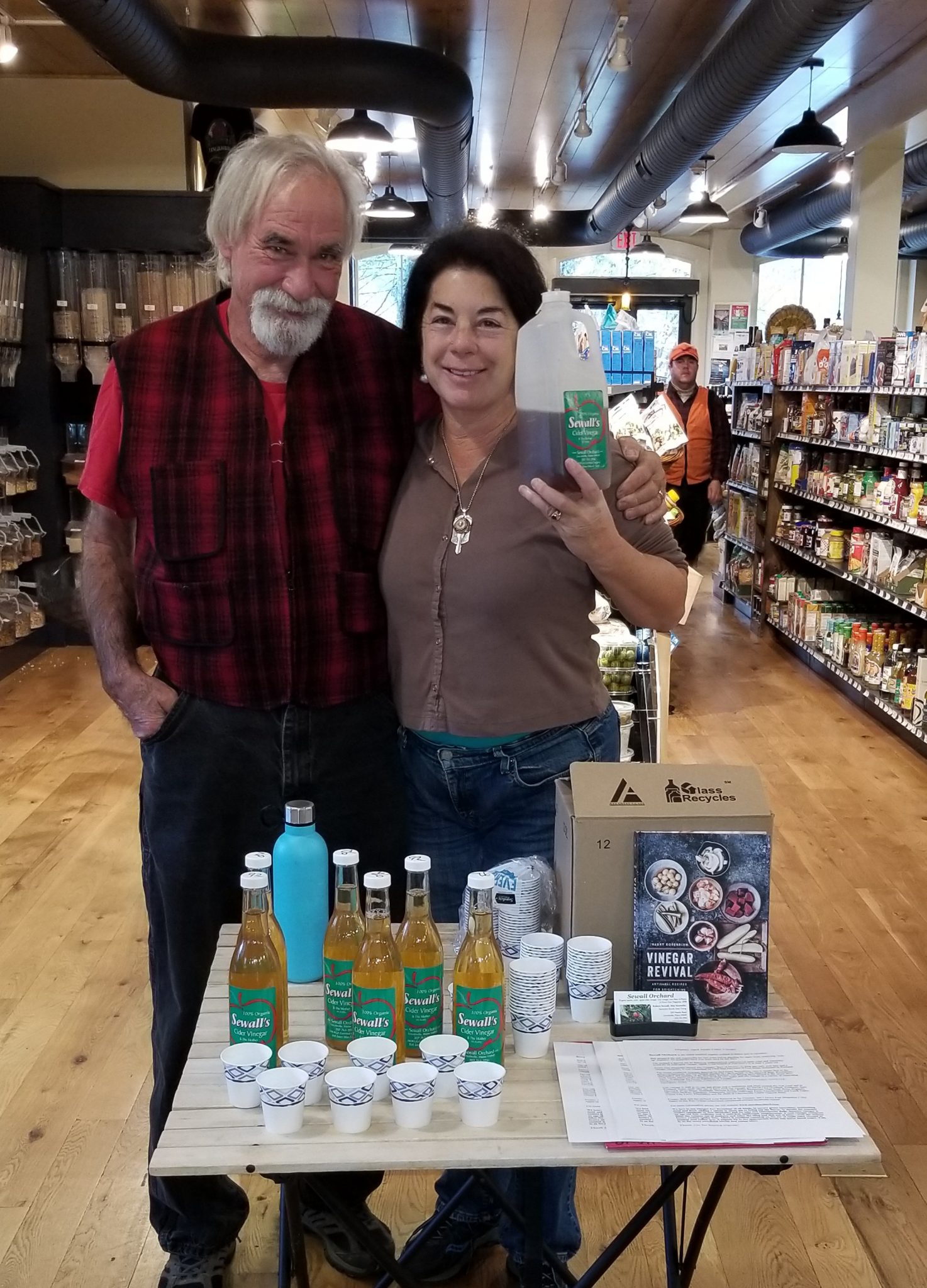 Bob Sewall is a long-time organic apple grower and former President of Maine
Organic Farmers and Gardeners. After preparing his fields organically for two
years using the Rodale method, he planted 550 trees to create what is now the
oldest certified organic orchard in Maine still in operation. Besides farming,
consulting and mentoring young farmers, he speaks to groups around the state
about his organic apple cider vinegar, which was voted “Best of Maine” (Down
East Magazine) in 2008, the only year they had a vinegar category. Notable Maine
restaurants which use Bob’s three-year-old, cold-aged vinegar include Fore Street
and Vinland in Portland, Primo in Owl’s Head, Nina June in Rockport and
Boynton-McKay in Camden. It is also sold in many stores and co-ops in the mid-
coast and in Portland. In the cookbook Vinegar Revival (Harry Rosenblum, 2017)
Bob is mentioned in the acknowledgments. He has been written about in the
Boston Globe, (“Blueberries for Sal and Some for the Crisp”) Bangor Daily News
and was featured in the October 2017 Down East Magazine. He has also been
written about in Michael Phillips’ book The Apple Grower. Bob and his wife, Mia
Mantello will explain how vinegar is made and speak about the many uses for
vinegar from cooking to using for its multiple medicinal benefits. There will be
aged vinegar to sample and vinegar for sale.