Coffeehouse: Will Brown and Friends 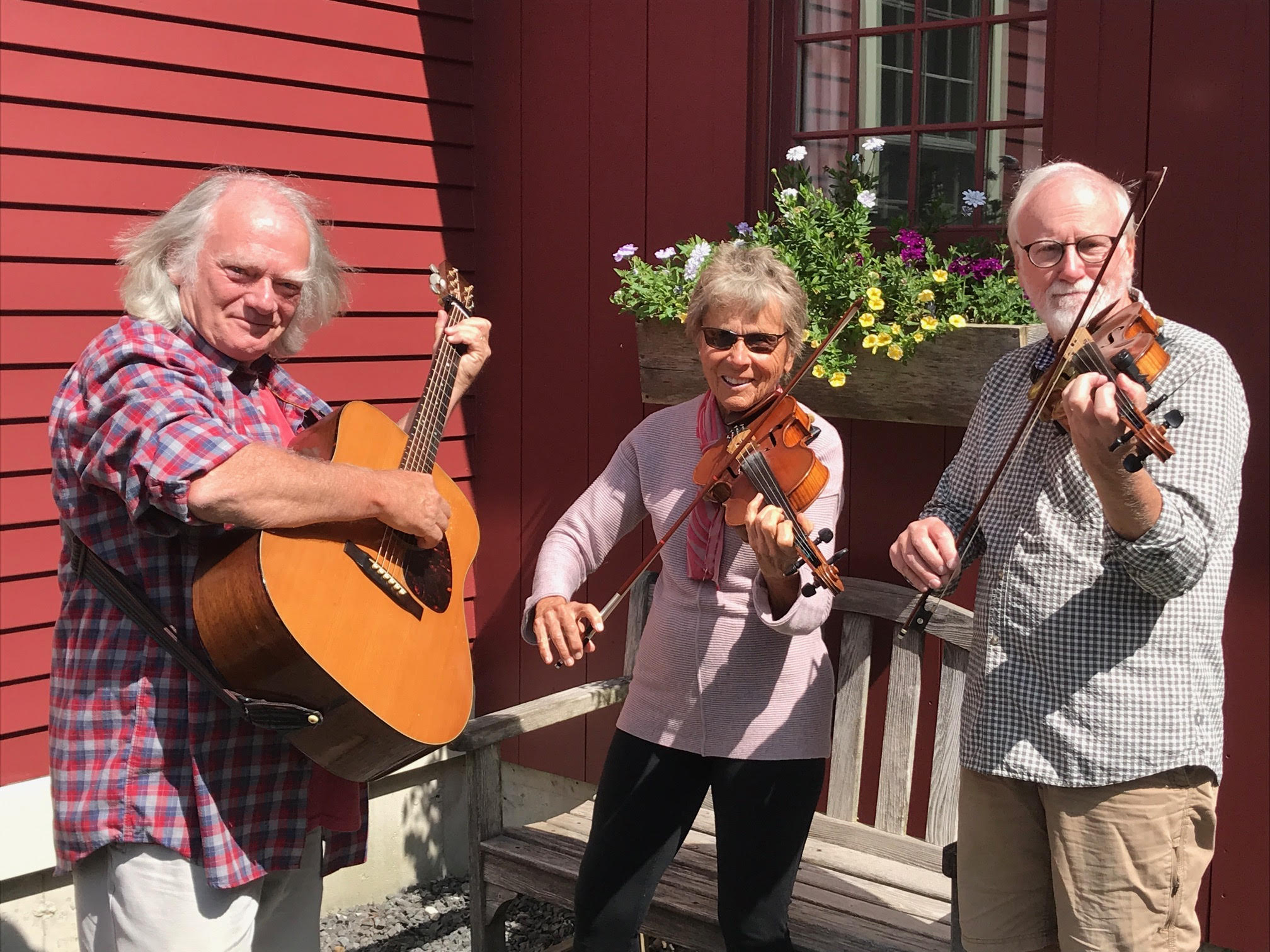 Will Brown returns to the Camden Public Library with a fresh set of songs accompanied by his excellent guitar work. Will’s performance will be a combination of popular and traditional songs. Fredi LaPorte and Rick Fitzsimmons will join Will Brown during the concert for several sets of fiddle tunes with guitar accompaniment.
Rick and his wife Liz have led the Belfast Bay Fiddlers, a Sunday evening jam session, for several years to which players of all levels are welcome to attend. They learn and play fiddle tunes of the traditional New England, Maritime, Celtic, Quebecois and Scandinavian repertoires.  It is truly a fiddle orchestra. Fredi especially enjoys conjuring up sets that join traditional tunes with familiar tunes from the popular genres of the 20th century.
Will accompanies the fiddlers as part of the rhythm section.
The admission charge for the Library Coffeehouse is only $10.